One in four over 55s in the UK have fallen victim to investment scams, with wine and diamonds among the most popular vehicles for fraudsters, says the country’s Financial Conduct Authority. 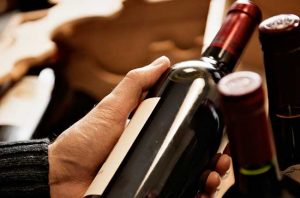 Officials have launched a campaign to warn older adults in the UK about the dangers of alternative investments and to be sceptical about unsolicited phone calls to their homes.

And low interest rates in the UK have persuaded more people to seek alternative ways to invest their savings, according to the FCA. Wine, diamonds and land were three areas where people have been caught out most often, it said.

When done legitimately, wine can provide an additional revenue source to investors, particular given the strong price rises seen on some of the rarest wines and top estates in the past 15 years.

One Insolvency Service investigation last year found that a 94-year-old person had paid more than £30,000 to a wine investment company that had no wine. Jonathan Piper, director of the company, which was called Embassy Wine UK Ltd, was subsequently banned from being a company director in the UK for 11 years.

Mark Steward, director of enforcement at the FCA, said this week, ‘You don’t need to be gullible to lose money to a scam or fraud. Fraudsters target financially sophisticated people too, who often don’t like to ask what might sound like silly or basic questions.

‘If you are contacted out of the blue about an investment opportunity that sounds too good to be true then it probably is.’

Thanks to Decanter.com  for this important caveat for those who have been exposed to  “Cold Calling”.