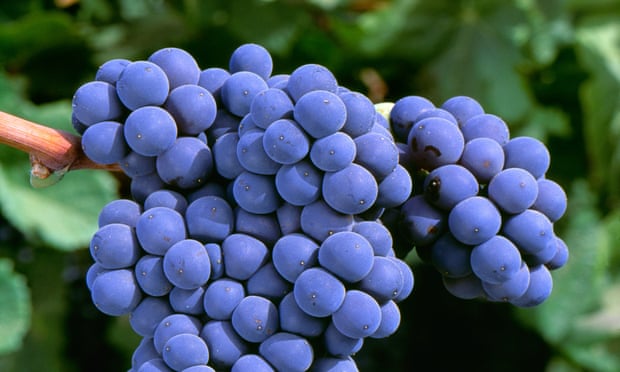 There are fears in California’s wine industry over the possible impact of raging wildfires and whether they could damage this year’s grape yield, potentially affecting the state’s multibillion dollar business.

While safety for residents and containment of the fires is the clear priority for officials, some in the industry also fear the flames may harm what is a key business sector. Concern in Napa is focused on how the grapes interact with the billows of smoke from the massive Rocky fire in neighboring Lake County.

One Sonoma-based vintner, who as an independent consultant asked not to be named due to confidentiality agreements with clients, told the Guardian: “It’s a really big concern for a lot of these vineyards who are near fires and all that smoke because for red grapes, where the skin is still used in the winemaking process, that smoke could potentially infuse and create abnormal flavors.”
Advertisement

According to KOFY-TV in San Francisco, a number of vineyards have already sent grapes to laboratories in order to determine if smoke has affected the product. This year has already seen more than 1,500 wildfires than is typical in the state through the end of July, according to Cal Fire. More than 68,000 acres of forest were ablaze in the Rocky fire alone , and the state had more than 10,000 firefighters on the ground as of yesterday. One firefighter lost his life battling the flames .

For California’s wine industry, which produces an average of 90% of American wine, according to the Wine Institute, the potential costs of grapes being contaminated by smoke could be significant. The state’s wine sales last year topped $24bn.

Already, the current drought has already seen a reduction in vineyard yields, which has driven up prices of locally produced wine, according to the Allied Grape Growers, a California trade organization.

If you add in local tourism, the overall revenue linked to the wine industry tops $50bn. “It’s definitely a concern for us here in Napa and across wine country because we are unsure exactly what the fires and the smoke will do to the grapes,” said Dan Abrams, who was enjoying a glass of Cabernet at the Carpe Diem Wine Bar in Napa, just south of the vast fire. 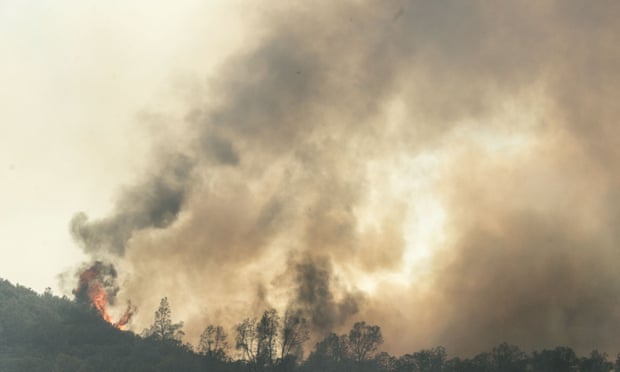 The Phoenix native said he and his wife rent a house in Napa annually in order to enjoy the local wines and relax. “I know a lot of people like that smoky flavor, but I am not a fan of that taste in my wine.”
Advertisement

Andy Beckstoffer of Beckstoffer Vineyards says that current wind conditions are benefiting vineyards as the smoke is heading east and away from grapes, but that could change at any time. “It really depends on where the grapes are located and the state of the grapes,” he said on Wednesday, adding that a majority of red grapes are in a hardened state at the moment, but as they begin to soften toward the end of the month, this will make them more susceptible to smoke.

“This is something to seriously watch in about a month when the grapes are getting ready” for harvest, he added.

While vintners, vineyards and wine drinkers alike in California fret over what could amount to the loss of an entire season of grapes, Australia’s Department of Agriculture and Food provides a warning: it previously investigated the effect smoke has on grape and wine production after the country was hit with large wildfires in 2003 near Canberra.

It was not positive news for the industry. “Wines made from grapes exposed to smoke during sensitive growth stages can exhibit aromas and flavours resembling smoked meat, disinfectant, leather, salami and ashtrays,” said a report. It noted that when “unfavourable smoke characteristics are detected by consumers at high concentrations”, the wines could be “unpalatable”.

“Unsalable wines result in financial losses for producers with costs flowing on to wine brands, market presence and future sales,” the report said.

In California, individuals invested in wine and winemaking in the state, from Mendocino to the north to the Central Valley to Napa and Sonoma, are watching daily the efforts to extinguish or contain the blazes that have already crept close to their grapes. “I really hope there is some good news with the weather soon,” said Abrams.

All thanks go to http://www.theguardian.com/us-news/2015/aug/05/california-wildfires-wine-industry for this article…. Please check back to the source of the article or our blog for any further updates.