“Wine Ice Cream” Is it Something You Can Eat And Get Drunk On?

“Wine Ice Cream” Is it Something You Can Eat And Get Drunk On?

When you’re depressed after a bad breakup, you have two cures: ice cream, with all of its comforting fat and sugar, and tons of alcohol

When you’re depressed after a bad breakup, you have two cures: ice cream, with all of its comforting fat and sugar, and tons of alcohol, which may make you more sad in the long run but does allow for brief moments of “who gives a “…….” that b*****d sucked anyway.” Normally you’d have to enjoy one and the other, but Mercer’s Ice Cream in New York has fused the two in their own line of Wine Infused Ice Cream.

Many thanks to Petit Petit Gamin who opened our minds to the magical world of wine infused ice cream, which, we want to make sure you note, is not wine “flavoured” ice cream. No, this is the real deal, with a pint of Mercer’s special blend containing a legit 5% alcohol content. So yes, you can eat a big bowl and get a serious wine-buzz on.

Get more info on Mercer’s wine infused ice cream by heading over to their official website here.

UPDATE: According to a reader who spoke to the makers of the wine ice cream, you cannot actually get drunk on this ice cream. That doesn’t mean we’re not going to try. 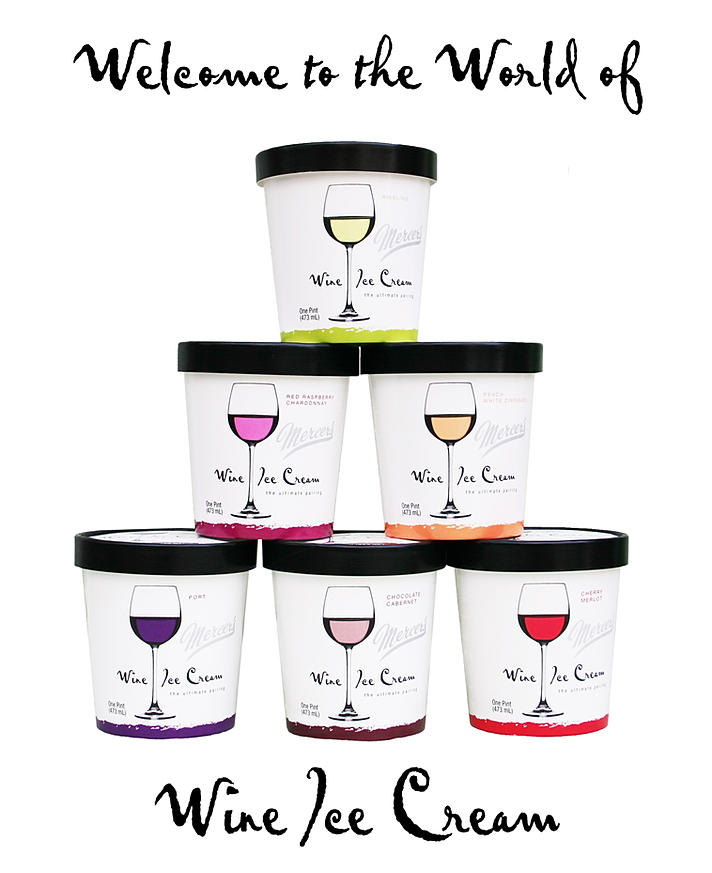